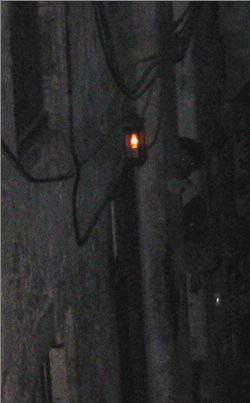 For those of you that don’t know me, my name is Jennifer Von Behren and I am a Medium & Master Healer….thus, “I see dead people”…and on a regular basis! I am also the owner of Clarity Center.
Now you have a tinsy bit of background on me. This will help explain a little bit about why I have an abundance of spirits that visit me.
Just in the last few days I have had “Mr. Peekaboo” and “Mr. Sneezy”, both of which have been popping in and out of my office when no one else was around.
It was early in the morning, before I had opened my office, when suddenly I heard someone sneeze loudly! This would not be an uncommon event if it wasn’t for the fact that the front and back doors of my center were still locked and no one else was in the center with me! So, of course, I started looking around. I was only able to cacht a faint glimpse of a gentleman walking out of the center…through the wall, not the door!
The next day, I was in between clients, yet again alone in the center, when all of a sudden I hear a sneeze coming from the front. I had the doors locked, so I knew that I was there alone. I went to the front to investigate it. All I could think was that it was so loud that it HAD to be someone alive!

Low and behold, there was Mr. Sneezy! He was just standing there looking at me! A split second later he was gone, no messages to pass on, no names, NOTHING! Just a visit to apparently let me know that he was there… and I’m pretty sure he had allergies too!
Then there is Mr. Peekaboo who seems to like to hangout at random times while I am in my office working on the computer. I will be focused on the work I am doing when all of a sudden I realize I am being watched. As I glance up, all I can ever catch of him is a face that is peeking around the corner of my open office door. It would be impossible for him to be a living individual, because there is a couch sitting right where he stands and then hides again. He has been doing this for a few months now and has also chosen to be the strong silent type. Again, no messages. Apparently he just likes checking in on what I am doing.
The good news is that both of these guys seem completely harmless. I think they just like the center! It’s just a bit weird to know that even when I think I am alone working…I never really am!

New Year’s Resolution? How to Have Your Best Body Ever!