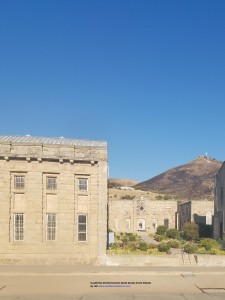 A while back I was asked by the Spokane Paranormal Investigation Group (S.P.I.G.) to accompany them on an investigation at the old Idaho State Penitentiary in Boise, Idaho. I was told that it was extremely haunted, so of course it totally fascinated me!

We first arrived at the prison around 5:00 pm to get familiar with the grounds. When we were walking up to the front door, I knew instantly that this was going to be an interesting evening. There was the spirit of a female standing by the front door waiting for us!

After being introduced to the staff and helping to unload the equipment that the paranormal group had brought, we all set out for the women’s area of the prison. As we were walking up to the door to enter the inner courtyard area, I began to hear the sounds of a baby crying. Then we went into the main cell area.

Really quick interlude, for those that don’t know this, before I do any investigation or enter into a haunted area, I make sure that everyone knows NOT to tell me anything about the building or its history so that the information that I receive during investigations is not tainted. Now back to what happened!

We walked into the cell area for the women and sure enough, the gal that had originally greeted us  when we arrived was now in the cell area. She told me that her name was (what sounded like) Carla. (Names can be a little tricky at times) She seemed quite friendly. About as soon as she was there she was gone. As we walked around I also heard screaming and crying from a cell in the back area. The energy of the gal that was making the noise was so scattered that I wasn’t able to understand her. A little later into the investigation I was informed that one of the women that had been incarcerated there had been arrested because she had thrown her baby from a train…which then explained the crying baby and the overly distraught woman in the cell earlier.

Next we entered the main prison where the men were held. While we were in there we went around to several of the buildings. I am just going to fill you in on the most haunted areas, due to the fact that the majority of that prison had some seriously crazy stuff going on! As we entered the area they refer to as the ‘Rose Garden’ I was met by a very excited gentleman with a big mustache! He was very talkative and also extremely excited that we were there! He told me that his name was Harry. He said that he had been there the longest and that he wanted to go get “the other guys” to come talk. I had to tell him that even though I wanted to meet the other guys, that I would appreciate it if he didn’t get them all right that second. So instead he kinda played tour guide for me.

As we were walking around we went to several more buildings including the solitary confinement area they called “Siberia”. While we were in there, one of the cells towards the back left of the building had a spirit in it. I put my hand in the cell and encouraged him to come forward to talk to me. The spirit was apprehensive to come forward, but after bribing him with cleavage (I had a fairly low cut dress on lol) he came forward and physically touched my hand…my middle finger. Just so that you know, even though I am used to seeing spirits, I still jump when they touch me! We did a little more work in that space and then moved on.

There was a series of three additional building that we went to after Siberia that were apparently used for multiple different purposes. In the middle building, I was astonished at what I found! I walked into this small empty room and it had a few posters on the walls of certain notorious prisoners that had been there. From across the room I instantly recognized two of them.

One was my friend Harry who had been popping in and out along the way and another was the woman that greeted us as we first walked up to the prison door. Her name was actually Cora (so close to Carla which was what I had originally heard), so that tripped me out a bit. Also Harry’s real name was Albert Horsely AKA Harry Orchard! I was so excited to see his face and have confirmation that his name was indeed Harry! It’s the little things in this job that make me happy 😀 Because I was so excited, I called everyone over to see the pictures of two of the spirits that I had been communicating with. After that we moved on… 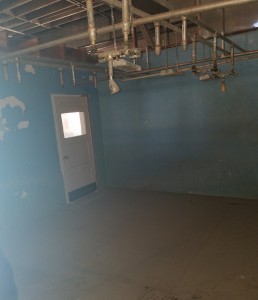 The laundry room was the next. Though there were many things that happened while we were in there, the scariest moment was when I went to the back of the laundry room area where there was a shower room. I was asked if I could sense if anything had happened in the shower area. As I looked back through the fencing I began to see a smaller man scrabbling to get away from a few other men. I then watched as he was taken advantage of and then stabbed multiple times to his death. Being more of a Disney type of girl that isn’t even into watching horror movies, this was one of those residual hauntings that I care not to see again. I was informed by Kika (from S.P.I.G.) that there had indeed been a gruesome murder that had happened exactly like that in there many years ago.

A little later we visited one of the larger buildings that housed the inmates. There were several levels of cells in there. As I was walking through one of the rows of cells, I noticed that there was a younger guy still in one of them. He was a shorter, but a well built tough guy with darker hair (looked Italian & Irish). I walked up to him, went into his cell and started talking to him. Very quickly the rest of the investigators noticed what I was doing and came over. I am so happy that they did! They also started talking to him and filming the interaction. As we were talking to him, he would also use the flashlight to confirm his responses with the team. He would turn the flashlight on for yes and off when he finished his answer. He told me that his name was Jake. When the team asked him to confirm that his name was Jake he turned on the flashlight. I was sooo excited, because this was one of the first times that I was able to have physical confirmation from the otherside that coincided with what they were talking to me about simultaneously! We asked him a few questions and then Harry popped in. He jumped in because he said that he wanted to try it too! So we spent a few minutes talking back and forth between Jake and Harry and they both answered our questions…it was GREAT! 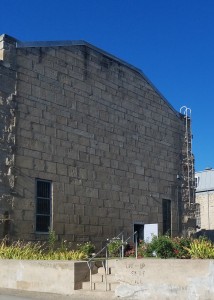 After that we were heading into cell building #2, which I had been in earlier that day and already had the heeby jeebies from. While I had been in there during the lighter hours of the day, I could sense and overwhelming amount of spirit activity. Plus, the noise from the residual haunting from a riot that had occurred there was almost too intense for me. I lead the way back into building #2 with Kika the second time around and as soon as I stepped into the door a mans voice told me to get out! Being stubborn, I still decided to take a couple more steps in. Then I was told yet again to get out because I would be in danger if I went in. I guess that I do have to be told twice to listen sometimes! So I sat outside pouting as Kika and the investigators went in. While I was sitting outside of the building, I was told that there had been at least three suicides that had occurred in that building alone. I was also shown the image of a very large man that would have tried to hurt me. So I was happy with my decision to sit that one out. The team came out a little while later and they were all grinning from ear to ear, talking about how they couldn’t believe the amazing physical evidence that they had gotten in there. They had a full conversation with one of the spirits that was trapped in there via flashlight…and they filmed it! I was very happy for them.

To say the least the night had been a total success! Tons of spirit interaction both through me and through the equipment. We decided to wrap things up a little after 11:00 pm. Eric and I helped the investigators gather their equipment and as soon as they were finished packing everything up we headed out for a drink.

As a follow up to the end of that story that you won’t believe… when we went into the restaurant to get a drink I went to use their facilities. While I was minding my own business in the restroom, low and behold there was an older gentleman standing there watching me. He told me that he used to frequent the restaurant before they had done all of the remodeling over 20 years ago. I was laughing as I went back into the restaurant area. I told the bar manager what had happened and his jaw dropped. Apparently they had indeed remodeled the place just over 20 years ago! I then promptly ordered a well deserved second drink!!!

Make sure to see the my next blog which will be out next week. It will cover the crazy hauntings in the hotel that we stayed at while we were in Boise! Thanks for reading! Lots of Love…JVB